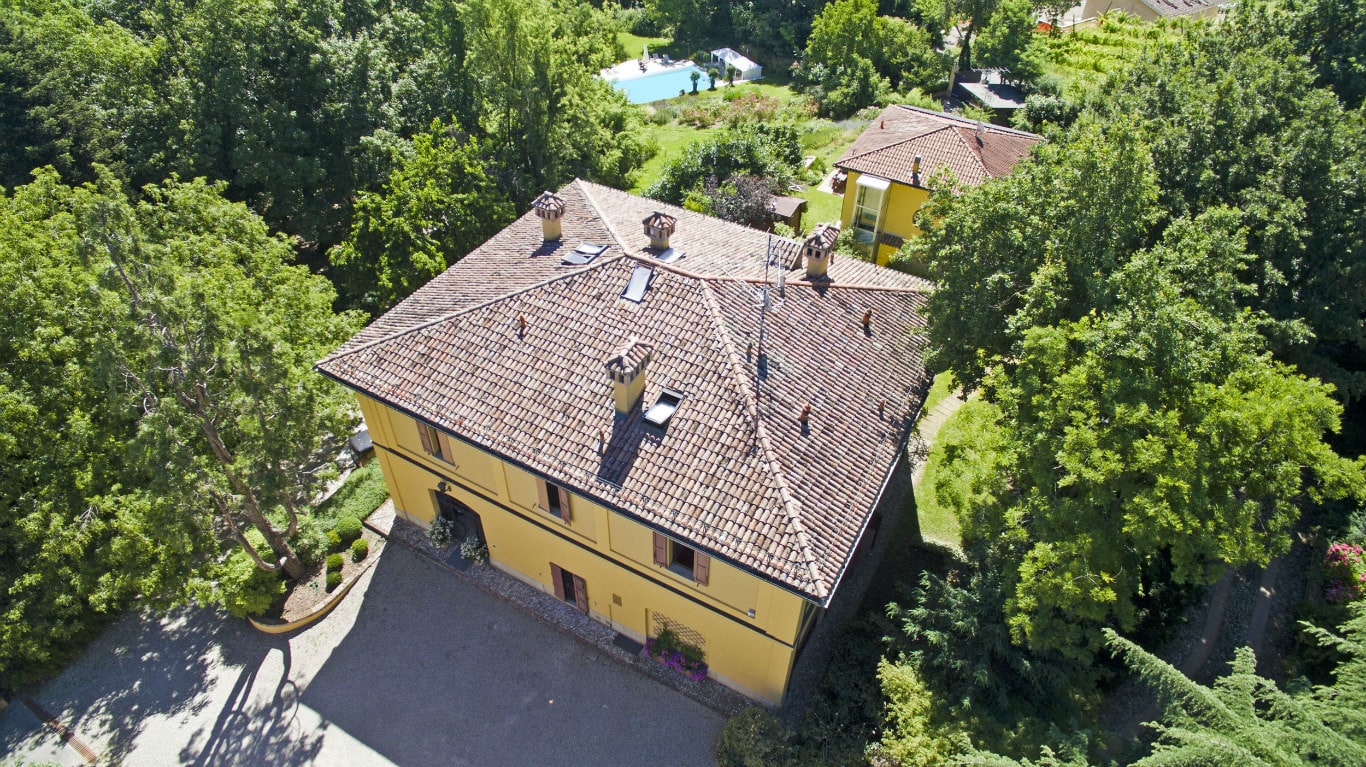 The Pragatto Hills Bed and Breakfast is located inside a private property, which also includes two country houses where the owners live. Each of the properties have been completelyrenovated in an elegant fashion. The property, which in the past was a small farm called “Casino Sarti”, was purchased in the beginning of XIX century by Pio Garagnani, grandfather of the current owners Beatrice and Luigi Penzo. The small farm was part of the real estate assets, which were seized by Napoleon from the religious and monastic communities of Bologna owned by the priest Don Camillo Stagni.

The villa is located within the foothills above Bazzanese Street, at number 12 Via Puglie. Via Puglie is renowned as one of the “Strada dei vini e dei sapori” (“Road of wines and flavours”), the collection of routes in Italy amongst the major food and vineyard regions and also for its beautiful houses which make this street unique in the area. The Pragatto Hills B&B is composed of a generous loggia with a fresco ceiling, which includes a lounge and a potential meeting area, the breakfast room, a guest bathroom and the rooms used by the B&B operations including the kitchen and reception.